AAI Ltd v Atkinson
[2019] QCA 228
To print this judgment please return to the case and click on the PDF icon next to the case name. For court use, a full PDF copy is required or preferred.
Authorised Reports & Unreported Judgments

The roads in the vicinity of the collision

The contested case on liability

“[33] The pleadings delineate the issues in dispute between the parties in respect to liability.  The plaintiff’s case is pleaded in paragraph 5 of the statement of claim on the following basis:

"(c) The Plaintiff’s vehicle had slowed to a stationary position at a break in the lines with the indicator on just prior to the intersection of Boyes Court and Fulham Road close to the centre of the road waiting for an opportunity to turn on Fulham Road;

[34] Conversely, on the question of liability the defendants deny liability on the basis pleaded in paragraph 2 of the amended defence:

The respective versions of what happened

The reasons at first instance

“[46] The location of the damage sustained by each vehicle is in my view critical to making a finding as to where each vehicle was positioned at the point of impact.  Having regard to the damage sustained by the first defendant's vehicle it is clear in my view that the passenger side front corner of the vehicle collided first with the driver's side of the plaintiff’s vehicle and with some degree of force given the extent of the damage described.  The area of damage to the front bumper bar and bonnet of the first defendant's vehicle, which appears to be much less significant than that caused to the front passenger side corner, is consistent with that area of the vehicle coming into contact with the plaintiff’s vehicle after the initial impact.” 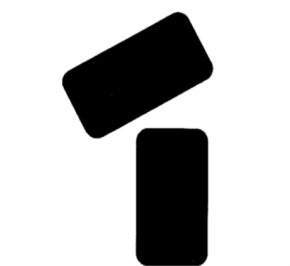 [58] The other matter which is concerning with respect to the first defendant's evidence is that it leaves me with a distinct impression that it is the product of reconstruction as to how he now believes the accident must have happened.  There is evidence from both the first defendant and his daughter Esther Temple that they spoke about the accident in the days following.  According to Esther she spoke to the first defendant two days after about the accident although the extent of that conversation is unclear.  The first defendant in explaining the reason why he had not informed Senior Constable Good that he had observed the plaintiff’s vehicle come from his left said that this was because he had not "spoken to my daughter after it." Thus there is at least some evidence to support a finding that the first defendant's evidence at trial was not based upon his independent recollection of the accident but was rather the product of what he might have been told by his daughter as well as him reconstructing the events in his own mind to explain why he did not observe the plaintiff’s vehicle immediately before impact.

[59] Esther Temple did not resile in her evidence that she observed the plaintiff’s vehicle emerging from Boyes Court and into the path of her father's vehicle.  She was not spoken to at the time of the accident and like many of the other witnesses her evidence at trial was based upon what she could recall of an event which occurred more than five years previously and when she was a child.  There are a number of features of [Esther's] evidence which raise for me doubts as to the reliability of her recollection.  Her observations were made from the front passenger seat of her father's vehicle.  She recalled her view was unobstructed in front.  Curiously, Esther did not recall observing any light coloured utility further along Fulham Road at or near the roundabout.  The plaintiff recalled a utility overtaking her vehicle when she was stationary awaiting to perform a U-turn.  The first defendant also recalled seeing a similar vehicle approaching the roundabout.  The fact that Esther could not recall seeing any such vehicle raises at least some doubts as to the reliability of her observations immediately before the accident.  Secondly, and whilst not the subject of cross-examination, it would appear from the photographic evidence adduced at trial that Fulham Road from the point indicated by Esther where she looked down to read the text message she had received from her mother commences a slight sweeping right hand bend up to a point approximating the Boyes Court intersection.  Therefore it does not appear that the first defendant's vehicle was travelling in a direct straight line leading up to the point of collision but was travelling slightly off centre as it negotiated the slight bend in the road.  The view from inside of the vehicle therefore would not have been directly in front looking down the carriageway.

“(a) On 1 September 2012 at approximately 11.30am the plaintiff was driving her vehicle in a westerly direction along Fulham Road.  The plaintiff stopped her vehicle at an angle at a break in the unbroken centre lines near the intersection of Boyes Court intending to effect a U-turn to collect her then partner from a work site located on the grounds of Heatley High School.  The plaintiff had her right indicator activated;

The grounds of appeal

“(a) The trial Judge erred in making each of the findings set out at paragraph [64] of the Reasons for Judgment, when those findings were against the evidence and not reasonably open on the evidence.

“But a court of appeal should not interfere with a judge’s findings of fact unless they are demonstrated to be wrong by “incontrovertible facts or uncontested testimony”, or they are “glaringly improbable” or “contrary to compelling inferences”.[21]

The approach taken in arguing the appellant’s case

“7. I was standing next to my car, I remember the male driver of the car that hit me was sticking his head out of the window yelling “You drove out in front of me and cut me off”.

“(Q) When did you first notice the other vehicle

(Q) What do you think caused the accident

“Police observed a small mark on the road which appeared to be from (the Barina) being pushed sideways”.[47]

[14]  At [51].  In fact, the Amended Defence had not pleaded that Ms Atkinson’s vehicle veered to the left towards the kerb and then moved off to the right into the path of Mr Temple’s vehicle in order to make a “U” turn.  Nor was such a scenario put to Ms Atkinson in cross examination.

Appeal Determined (QCA)
Please select (using the checkboxes) which search results you would like to add to a list.
Message sent!