Pacific Crown Helicopters Pty Ltd v Helistar Aviation Pty Ltd
[2019] QDC 278
To print this judgment please return to the case and click on the PDF icon next to the case name. For court use, a full PDF copy is required or preferred.

P. O’Brien for the defendant

Thomson Geer Lawyers for the defendant

[1] The plaintiff seeks monies said to be owing pursuant to a rental agreement between it and the defendant and, alternatively, seeks damages for breach of that contract. It also seeks an order for delivery up of a helicopter engine rented to the defendant. The defendant opposes such orders and counterclaims for delivery up of another engine and assessment of the amount due between the parties arising out of their contractual relationship.

“As mentioned his engine must come to us for repair”

“ENTIRE AGREMENT/AUTHORITY. The terms and conditions contained in this Agreement supersede, and render null and void, the terms and conditions of any previous oral or written correspondence, purchase order or acknowledgement form before the date hereof.  This Agreement may not be modified or amended except in writing signed by the parties hereto. Each party warrants that it is duly organised and in good standing in the jurisdiction in which it is organised and it has obtained all necessary power and authority to enter into and perform under this Agreement.”

“I would request that you fix the engine for the quote from EuroTec … and get that engine back ASAP” (Tab 31, P135).

“I am as your client knows working from my US office this month.  If he and the company he is the agent for (that happens to be the rental engine owner and the company that sold us a defective illegal repaired engine through your client, which is the hold up for six months extra rental) I will be happy to discuss in the best interests of closure.”

“12. My client’s position is that the delays were the fault of EuroTec and that, as agent for EuroTec in respect of all dealings with Helistar, your client cannot now seek to profit out of its principal’s delay.” (My emphasis).

Interest on invoiced amount as per Practice

LATE RETURN RENT. Commencing on the 30th day after the termination of the Agreement, Lessee shall pay a per day late charge in the amount of one hundred fifty percent (150%) of the Daily Rent Charges set forth in paragraph F above calculated for each day the Equipment remains unreturned to Lessor and for each day after return that is required to restore the Equipment to the return condition required by paragraph 3 below.

“DEFAULT. If the Lessee fails to

such failure of any of the above continues for ten (10) days after receipt of written notice….

it shall be a default hereunder and Lessor may, in addition to any other rights and privileges contained herein or granted by law, terminate this Agreement and/or take possession of the equipment, without demand or notice, wherever the same may be located, without any court order or other process of law. The Lessee herby waives any and all damages occasioned by such taking of possession. No right or remedy exercised by Lessor is exclusive of any other right or remedy herein or provided by law, but each should be cumulative on every other right or remedy now or hereafter existing at law, and may be enforced concurrently or not, or from time to time, as lessor may determine.

Notwithstanding termination of this Agreement, Lessee shall remain liable for the daily rate for the balance of the initial term described in paragraph D PLUS Lessee shall remain liable for any and all expenses of collection including reasonable attorney’s fees and return of the Equipment to Lessor and for any repair to good and workable condition.

[146] The defendant’s submission that it is only liable for rental of the replacement engine up to 29 November 2015 because, after that time, it became effectively unusable, or, to use the wording of the defendant’s pleading, “unfit for the purpose of being used as a Loan Engine” because of the need to service it, is without foundation and can be seen as a mere legal contrivance. The reason any scheduled overhaul of the engine could not be effected was solely because the defendant had possession of it and refused to return it to the plaintiff. Moreover, it does not seem the defendant, at any time, advised the plaintiff of that need or requested the plaintiff to effect any such overhaul. 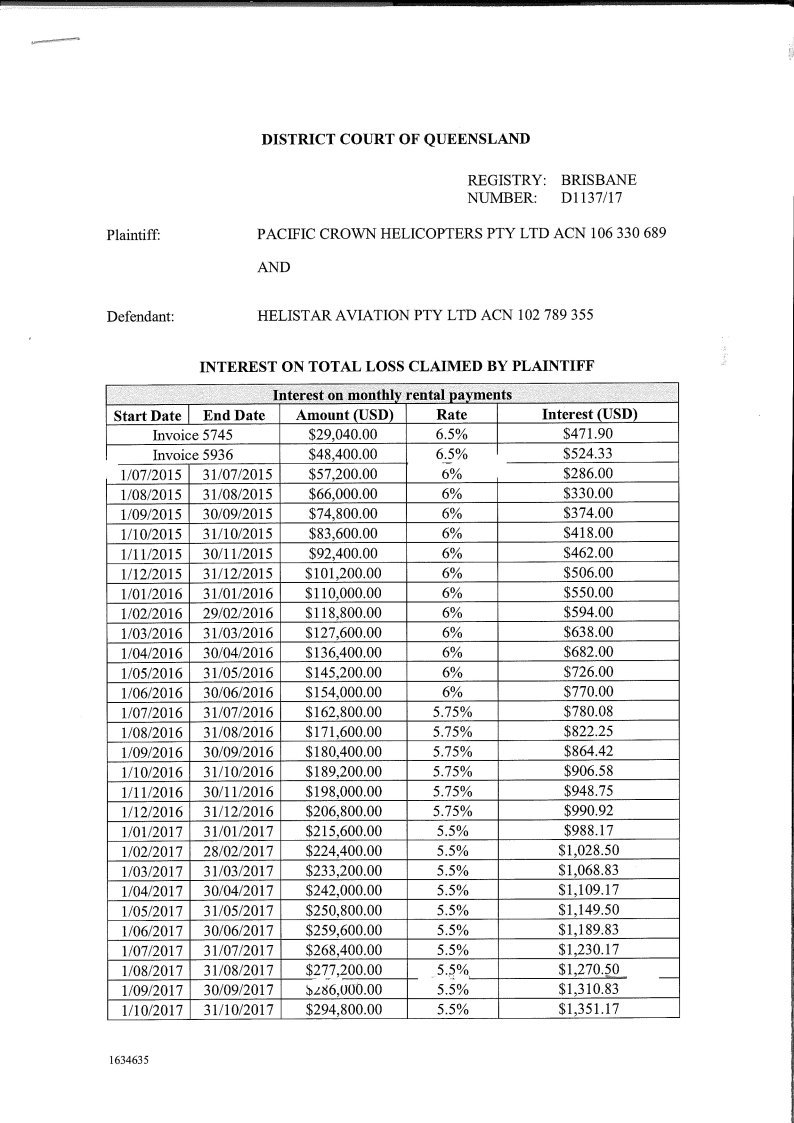 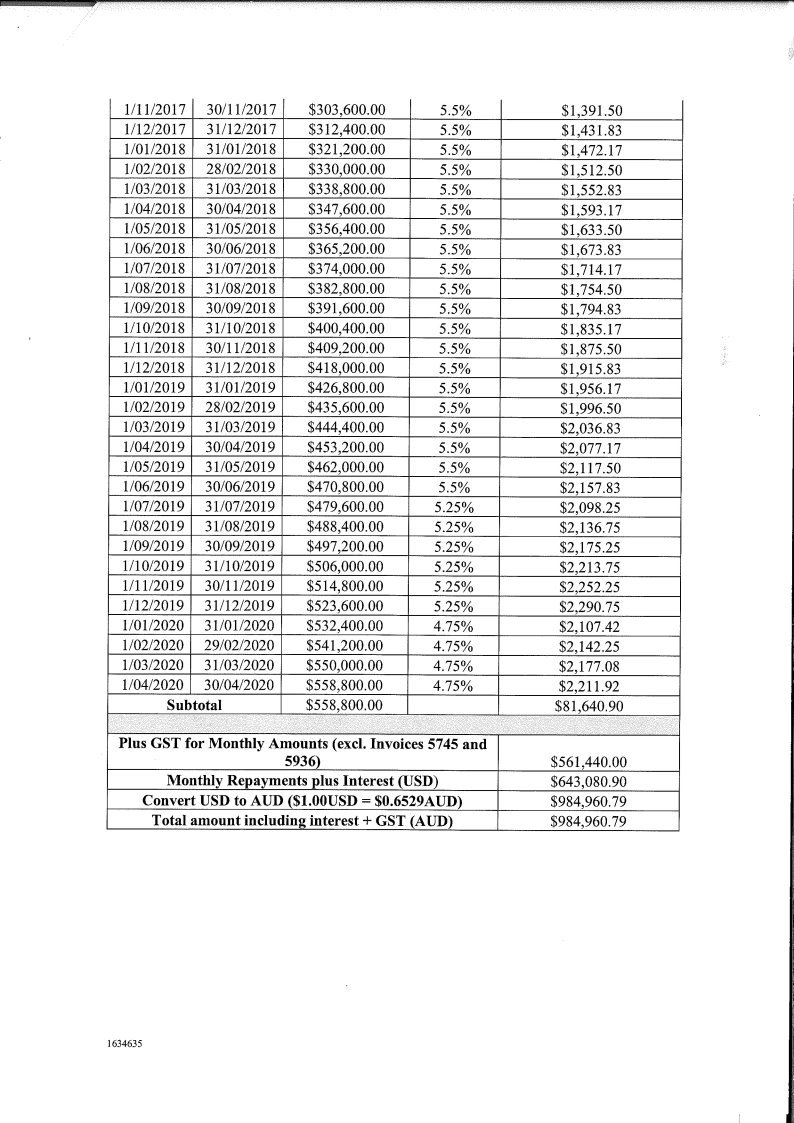 [1] The original email was sent at 10.53 am on 2 April and Mr Dinan’s response at 10.47 am but this is because it was sent to South Australia, half an hour behind New South Wales timeframe.  Throughout the documentation similar issues arise with respect to documentation sent from the United States by email.

[4] As per attached interest calculation, completed by plaintiff’s solicitor.