R v Barrett
[2019] QDC 44
To print this judgment please return to the case and click on the PDF icon next to the case name. For court use, a full PDF copy is required or preferred.
Authorised Reports & Unreported Judgments

Elements of the offences

(a)a thing specified in the Drugs Misuse Regulation 1987, schedule 1 or 2 or, where the thing so specified is a plant, any part of the thing; and

What is in dispute?

Was the defendant “carrying on a business”?

“The definition … has been amended so as to include a chemical that is an analogue of a dangerous drug (i.e: a drug that is structurally similar and has a similar pharmacological effect to a dangerous drug listed in the DMR). The purpose of this amendment is to target underground chemists who make slight changes to the molecular structure of existing illicit drugs to create new drugs not covered by the law.”

“Proving the second limb is often problematic given that many seized substances are new and yet to be tested as to their effect. The definition will be amended to provide that the Crown need only prove one of the limbs.”

Are the chemicals in question “substantially similar”? 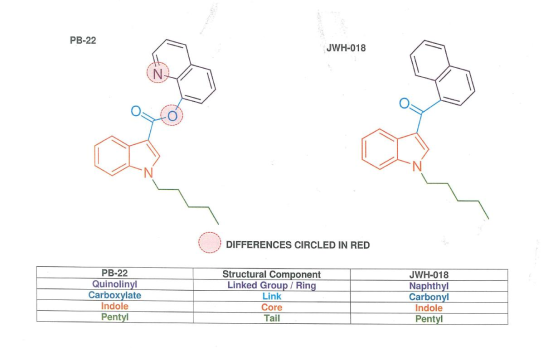 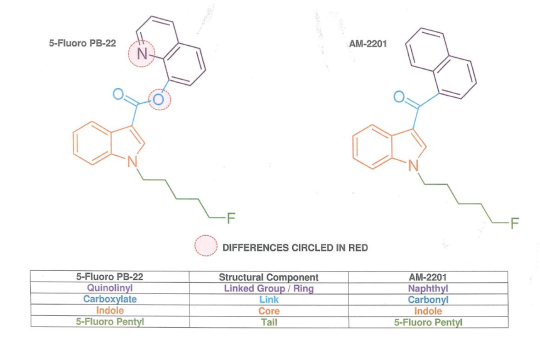 Did the defendant “produce” a thing?

“so sorry Jason. im moving house and it was impossibld to dry and weigh yesterday will do this arvo.”

Was some or all of the money in the possession of the defendant knowingly obtained from trafficking?

"… It is of critical importance to recognise, however, that in considering a circumstantial case, all of the circumstances established by the evidence are to be considered and weighed in deciding whether there is an inference consistent with innocence reasonably open on the evidence."

Did the defendant possess things in connection with trafficking and producing a dangerous drug?

[1] Count two was alleged to relate to PB-22 and count three to 5-Fluro PB-22. Both chemicals were found on dried vegetable matter in the defendant’s house during the search (e.g., items 3H1 and 3H2 in exhibit 29).

[2] Senior Constable Anthony Chapman was an “Electronic Evidence Technician” who extracted emails from the defendant’s computer.