Ruth Pritchard and Ronald Pritchard v Saaroq Pty Ltd t/as Stroud Homes Wide Bay
[2020] QCAT 135
To print this judgment please return to the case and click on the PDF icon next to the case name. For court use, a full PDF copy is required or preferred.

To rectify the rusting nails in accordance with the Building Code of Australia dated 2016.[2]

Direction about the provision of evidence

Job: To repair damaged soffits and wall cladding to existing home as per the inclusions list.

Thank you for the opportunity to quote on the repairs to your home. If you have any questions, wish to make alterations, or proceed to contract, please do not hesitate in calling myself at our office on 41 590 222.

I was requested by the applicant to inspect their property at Sea Esplanade, Elliott Heads in October 2019, and supply a quotation on what I deemed to be necessary of rectification due to rusting fixings being evident on the external claddings of the building.

Whilst I understand that the QBCC had inspected the property in November 2018 and advised there were a 'few' rusted nails, upon my inspection almost a year later, a few turned into most!

There are a substantially large number of rusted nails now showing on both the soffit linings of the eaves and the external wall claddings. Due to the number of rusted fixings that would require replacing now (and obviously this matter has only gotten worse over time and will continue to worsen as the years go on), I would not accept that punching the nails through and bogging the holes, then installing new fixings and repainting would be a job acceptable to the applicants. It is my opinion that all claddings and soffits need to be replaced in their entirety, including new flashings as most flashings we identified did not have fall away from the building.

The applicants [sic] brand new ocean front home should not be made to look like a fix up job at barely three years old. Had the correct fit for purpose fixings been used in the first place, or perhaps proper paint coverage over the fixings be [sic] used, this situation would not have arisen.

I understand on further review that the wall insulation was not requested to be replaced by the QBCC so upon request, I can provide a new quotation with this item removed if necessary.

In the IRU report, [the original inspector] has determined that there is no requirement that the fibre-cement nails used for the fixing of fibre cement wall claddings be manufactured of stainless steel. Accordingly, the galvanised nails used by [the Respondent] are suitable in their application for rust and provide corrosive protection. That said, [the original inspector] has noted that the mechanical fixing of the nails has dislodged a small amount of galvanised coating from some of the nail heads. Although it is noted that this occurrence is largely unavoidable, [the original inspector] has found that the rusting or corrosion of damaged nail fasteners amounts to non-structural defective building work for the purposes of the QBCC Act and Rectification of Building Work Policy.

… It would be unfair to issue a direction to rectify to the Applicant for non-structural defective work. 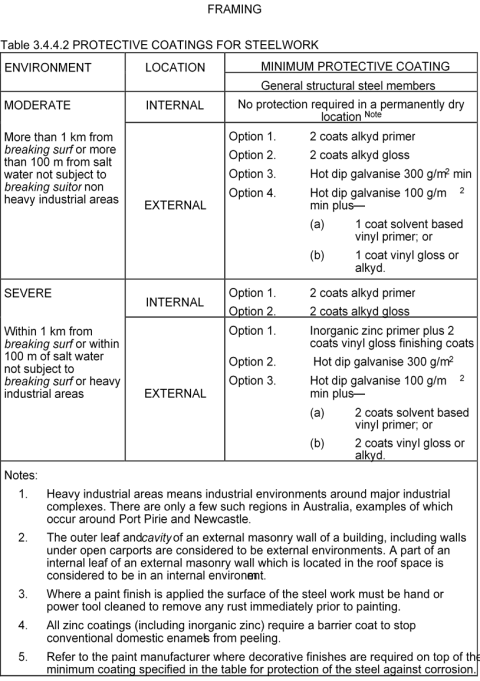 … All of the expert evidence suggests that the defects pose a risk to the structural integrity of the home and that this should be rectified at the cost of Stroud Homes Wide Bay as a matter of urgency.[7]

[12]Rainbow Builders Pty Ltd v The State of Queensland through the Department of Housing and Public Works (No 2) [2016] QCAT 497.