Yeeha Tours and Holidays Pty. Ltd. t/as Mile High Aviation v Department of Environment & Science
[2019] QCAT 176
To print this judgment please return to the case and click on the PDF icon next to the case name. For court use, a full PDF copy is required or preferred.
Authorised Reports & Unreported Judgments

is for a CAP to be granted to Yeeha Tours for a period of two years from the date of operation on appropriate conditions. I indicated that I expected that the date of commencement of the CAP would be a date to be specified, but that I intended it would be the day after the expiry of AFI’s then current CAA, that is, 5 June 2019. I was unable to make my final determination by 6 June 2019 as anticipated. At this stage, I note that I was informed by the Department on 26 June 2019 that AFI has reapplied for a CAA, but that a decision has not yet been made about the application.

L1G1 Flights over the national park are permitted between sunrise and sunset only.

L1G3 The Principal Holder is authorised to conduct scenic flights over Fraser Island (excludes Cooloola section of Great Sandy National Park) as per scenic flights and passenger transfer routes in Map 13 and 14.

L1G4 The Principal Holder is authorised to conduct transit flights between the mainland and Seventy-Five Mile Beach using transit routes identified in Map 14.

L1G5  The Principal Holder is authorised to conduct beach landings as per the beach landing site zones in Map 6.

L1G6 The Principal Holder must adhere to specified minimum flying heights, no fly zones and stand-of distances as specified in Map 13 and 14.

The Operator warrants and represents to the State that: 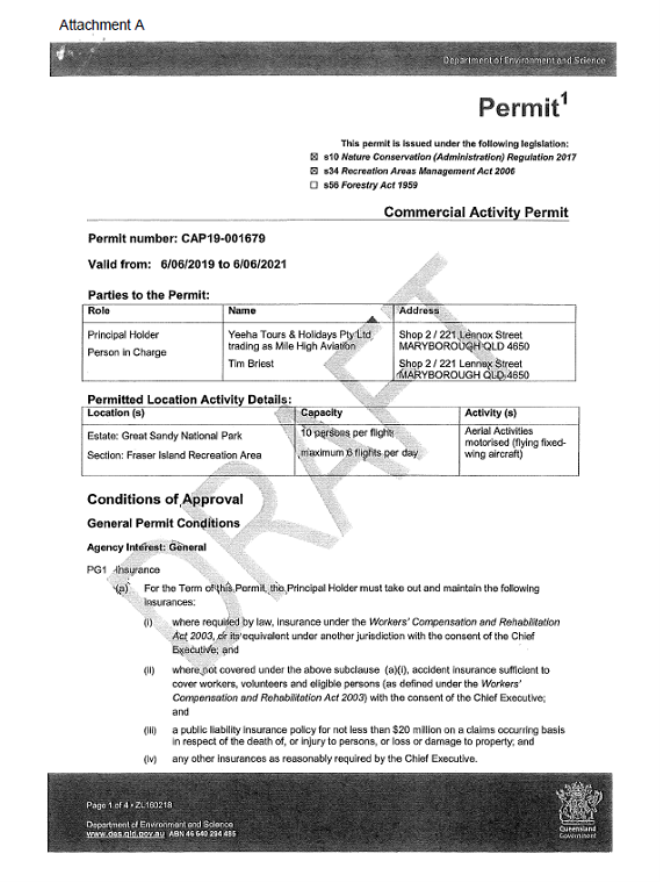 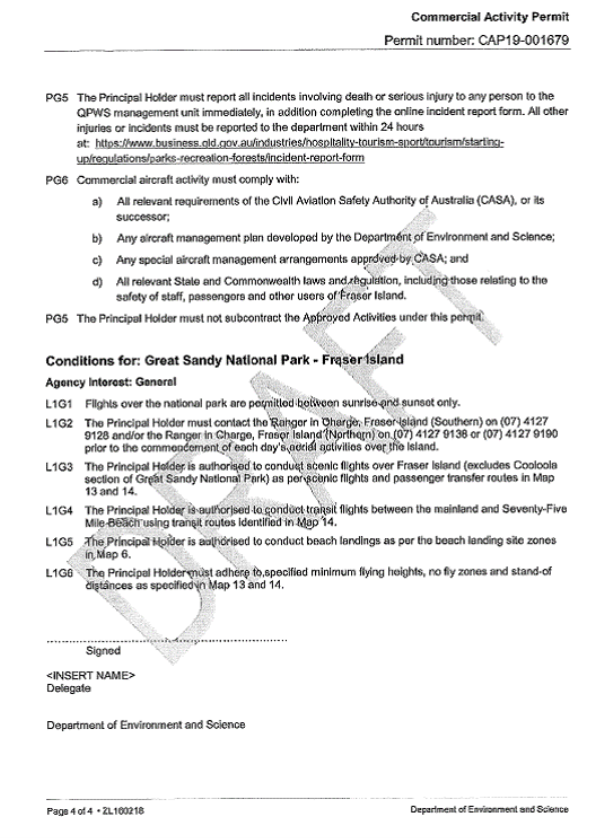