Caputo v The Body Corporate for King's Row
[2021] QCATA 135
To print this judgment please return to the case and click on the PDF icon next to the case name. For court use, a full PDF copy is required or preferred.
Authorised Reports & Unreported Judgments

The bicycle parking located opposite space 27 is unacceptable for the following reasons: it reduces the adjacent circulation lane to an unacceptable and non-compliant width … It results in an unsatisfactory number of reverse movements for a vehicle turning from the space; it reduces the size of vehicle that can satisfactorily access space 27.[3]

The Adjudicator did not take into account the incorrect submission made by the building manager made on behalf of the Body Corporate. Furthermore, did not take into account the traffic engineer’s report. The incorrect assumption that the Body Corporate Committee could rule on common property without an agenda or an agenda item. That a Committee could deal with common property without taking into consideration the impact on proprietors.

(5)  The Committee must act reasonably in making a decision.

There is some discussion about the purpose of the painted line on the floor out from the wall containing the bike racks. In the submitted circumstances, that line can be nothing more than a safety marking. There is no evidence that the Body Corporate has decided in accordance with the Act that an owner or occupier has a special right to use common property beyond the painted line to the exclusion of another owner/s or occupier/s. Given the submitted material, the painted line cannot prevent any person lawfully on common property from passing over it as a pedestrian or the driver of a vehicle.  Nor can the painted line be enforced as a ‘bike rake boundary line’. For present purposes there is no evidence the Body Corporate has sought to enforce a ‘bike rake boundary line’ against the applicant.

He (Mr Caputo) has however disputed the fact that the Body Corporate, via the Committee, has acted to maintain the bike racks opposite space 27 despite his complaints. However, the applicant has not submitted any material which would support a view that, acting reasonably, the Committee could not have made the decision. Rather, the consideration of the applicant’s request and the latter notification of the Committee’s decision are, of themselves, acts which are indicative of the Body Corporate acting reasonably dealing with the applicant’s request.

The Adjudicator's task under Item 10 of Sched 5 is not to determine whether the outcome of the vote of the general meeting of the Body Corporate was a reasonable balancing of competing considerations, but whether the opposition of lot owners to the proposal was unreasonable. Given that the Adjudicator's concern with s 94(2) led her to address the wrong question, namely whether the Body Corporate's decision was reasonable, her ultimate conclusion was inevitably infected by an error of law. The same error infected the approach of the Court of Appeal. Once the Court of Appeal accepted, as it did, that the grounds of opposition to the proposal considered by the Adjudicator raised questions in respect of which reasonable minds may differ as to the answer, it is impossible to see how opposition to the first respondent's proposal based on those grounds could be found to be unreasonable.

…the first error was the Adjudicator’s determination of the matter on the basis that “[o]n balance” she was “not satisfied that the Body Corporate acted reasonably in deciding not to pass [the motion]. As the Tribunal stated, that was not the correct test. The correct test was whether the Adjudicator was satisfied that Albrecht’s motion was not passed because of opposition which was in the circumstances unreasonable. [10] 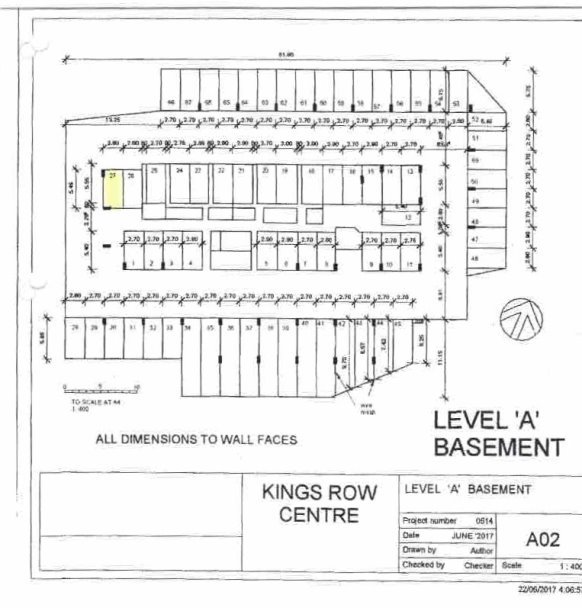 [7]Which is located at the right side of the start of carpark 27 as seen in Annexure A.

[9]Attachment C to the report.