Haggar v Qld Metal Recyclers Pty Ltd
[2019] QDC 263
To print this judgment please return to the case and click on the PDF icon next to the case name. For court use, a full PDF copy is required or preferred.
Authorised Reports & Unreported Judgments 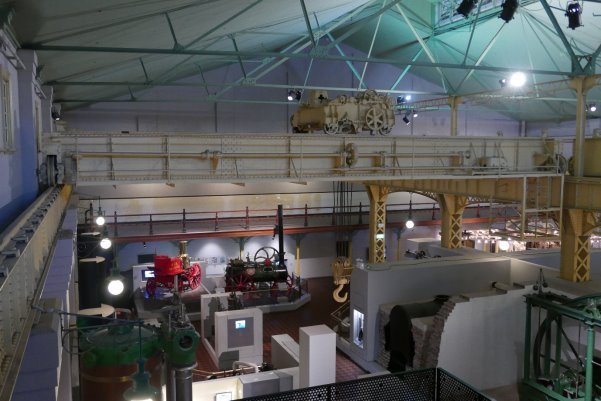 [3]Ballard p 4-6.  Aerial photographs suggest that it has also been used to store shipping containers.

[4]The central columns were offset slightly to one side, so the roof beams were longer on one side than on the other:  Van de Hoef p 3-119.

[5]An illustration of this sort of crane is attachment A, taken at the Powerhouse Museum in Sydney.

[14]Counsel for the defendants did however refer to it in other questioning as “the abandoned steel”, for example at p 4-15 line 4.  I regarded this as improper.

[16]Later in his evidence in chief he claimed he was also told the fourth party owned the steel, and the land: p 2-55.

[17]The son-in-law runs a tracking and crane hire business from the same premises: p 2-85.

[19]Mr Graham agreed he asked if they had any second hand steel beams for sale: p 2-63.  Otherwise he denied this conversation: p 2-64.

[20]Mr Graham’s account of Mr Ballard’s response when asked by police on 9 April was consistent with Mr Ballard’s evidence: p 2-58.

[22]Exhibits 11, 21.  Mr Graham was recalled on the fourth day to prove Exhibit 21, which includes another version of Exhibit 11.

[23]This of course would not have happened, the Council would have contacted the true owner, the plaintiff.  So this whole thing is absurd.

[33]There was a letter in evidence (Exhibit 7 to Exhibit 1) which recorded the fact that this advice was given, but it was not prepared as a statement of expert evidence, so it did not satisfy the test for admissibility as expert opinion, nor the requirements of the rules for expert evidence.  It is admissible only to prove the fact that this advice was provided to the plaintiff at that time.

[37]He embodied the notion that it is the job of an engineer to overcome engineering problems with engineering solutions.

[42]It occurred to me that another way would be simply not to reinstall the overhead cranes, which would have been appropriate because of the more extensive damage to the crane rails.  Mr Rebibou said that would have been effective in reducing the engineering loads, but not as effective as reducing the height: p 3-35.  The crane beams were in poor condition, and only fit for scrap: Exhibit 20 page 31.

[48]Apart from the fact that he was retained on this occasion, he has done other work for the plaintiff (p 3-47), so could expect that if the project went ahead he would be doing the engineering work.

[53]The plaintiff said he had not contemplated selling the steel – p 59, p 62 – but that would be something else he could do.

[63]Counsel for the defendants relied on his evidence at p 3-82 lines 6-8 and p 3-95 lines 4-18, but this was just about the market price, not about the need for sandblasting and rust treatment, and the first passage assumed more extensive remedial work was required.  In any case, Chambers was not an independent witness, and I am wary of his evidence.  I expect if the plaintiff wanted to buy such steel second hand, he would have to pay $1,000 a tonne for it, as it was, unless perhaps it required major rectification.

[65]One side was slightly wider than the other, so that rafters came in two sizes.

[66]This does not quite agree with the figures in Exhibit 6 on p 7.  Mr Lunniss has only 35 columns, but my count from the drawings is 36.

[69]I certainly regard the defendants’ behaviour, in acting on only the slightest evidence that Mr Graham was entitled to deal with the steel, as woefully inadequate and reckless, but I accept they were not deliberately damaging what was known to be the plaintiff’s property.  In Plenty v Dillon the police believed they were entitled to do what they did.

[70]Because of this analysis of the defendants’ expert witness, this whole cross-examination was a complete waste of time.

[74]These numbers I obtained from photographs, particularly the aerial photographs in Exhibit 10.

[78]See the various photos of the rafters.  Rebibou p 3-39: the end plates on the haunches appeared to be in usable condition.

[81]As per the court calculator.