Ring v Commissioner of Police
[2019] QDC 32
To print this judgment please return to the case and click on the PDF icon next to the case name. For court use, a full PDF copy is required or preferred.
Authorised Reports & Unreported Judgments

“A court of appeal conducting an appeal by way of rehearing is bound to conduct a “real review” of the evidence given at first instance and of the judge’s reasons for judgment to determine whether the judge has erred in fact or law. If the court of appeal concludes that the judge has erred in fact, it is required to make its own findings of fact and to formulate its own reasoning based on those findings.”

“It is well established that, on an appeal under s 222 by way of re-hearing, the District Court is required to conduct a real review of the trial, and the Magistrate’s reasons, and make its own determination of relevant facts in issue from the evidence, giving due deference and attaching a good deal of weight to the Magistrate’s view. Nevertheless, in order to succeed on such an appeal, the appellant must establish some legal, factual or discretionary error.”

Evidence at the trial 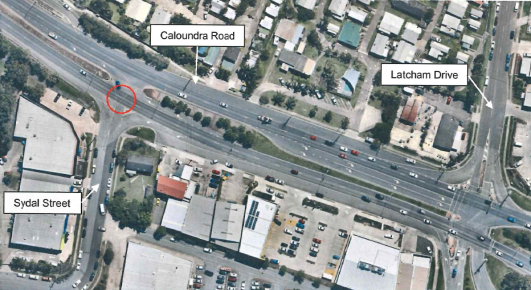 “I don’t know if he was or not. It covered a lot of ground quickly. Right? From where we were. So basically we rolled four metres forward, from the time of when the lights had changed, and in that four metres the impact had occurred. 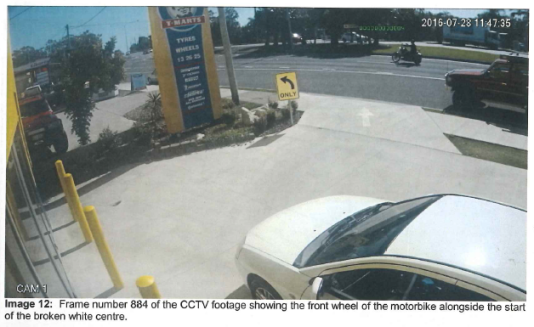 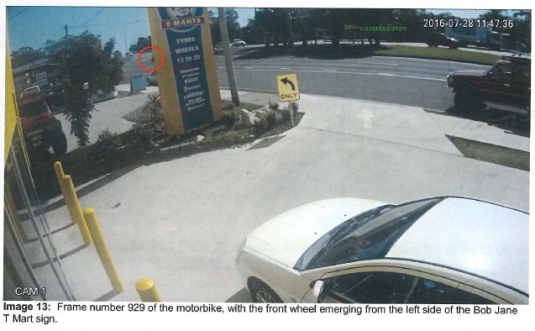 “[W]e can’t say with accuracy where Mr Ring was within that lane. However, the images show that he’s in that lane … So that’s what we take into account. That we can’t say, right, he was 30 centimetres off the white line or he was 50 centimetres off the line or 60 or so on. What we can say, he was within that line, he has a speed range that we’ve calculated and we give him the – we err on the side of caution and we pick the lowest absolute speed that can be calculated in that time over that distance which in this case was actually 85 point something but we rounded it off to 85.”

Intuitive response to the video recording

Admissibility of the video recordings

The evidence of Senior Constable Cook

Did the Magistrate misunderstand the onus of proof?

[1] Galileo Galilei is usually said to be the first to measure average speed in this way as part of his work on the physics of falling bodies: Hewitt, Conceptual Physics, (Pearson Addison Wesley, 2006), p.42.

[18] T.1-10.25; T.1-19.45. Whether or not they were strictly admissible does not matter for this appeal. The matters recorded in the notes do not incriminate the appellant.

[27] T.1-69.17-40. There was no suggestion that Lonergan had not accurately marked the relevant features.

[49] These images are contained in the report of Senior Constable Cook. While the assertions of fact and opinion in the report were not admissible, the images were properly before the court.