Tran v Cowan
[2006] QSC 136
To print this judgment please return to the case and click on the PDF icon next to the case name. For court use, a full PDF copy is required or preferred.
Authorised Reports & Unreported Judgments 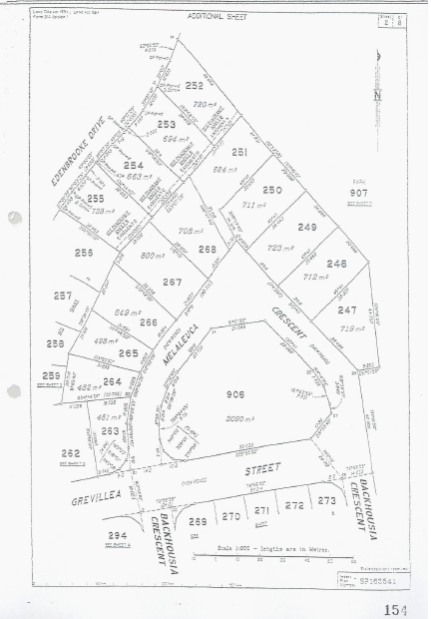 ‘It has come to our notice that the access to the land to be purchased by our client passes through a part of the adjacent property that bears the description Lot 250 … .  Would you kindly confirm that the access to the land being purchased by our client will be protected by a registered easement over that part of the roadway to be located within their neighbours’ block and provide a copy of the proposed covenants and conditions of the easement as soon as possible.’

(a)he and his wife would not have bought land subject to an easement;  and

(b)that he knew nothing of an easement until after title to the land had been conveyed to them.

‘This contract is subject to and conditional upon Purchasers being satisfied of the location of services and driveway for Lot 251 within 72 hours from the date of this contract.’

(a)the respondents were told by Ms Woodham that:

(i)there would be an easement over part of Lot 251 to provide access to Lot 250;

(ii)the developer/vendor would construct or pay for the construction of a vehicular driveway along the length of the land to be subject to the easement and would deliver services to Lot 251 to a point at the end of the easement;  and

(iii)the existence of the easement was the reason for the vendor agreeing to do the acts described in (b);

(b)the respondents knew of the facts identified in (i), (ii) and (iii) before they executed the contract to buy Lot 251;

(c)the respondents constructed a fence along the full length of the southern boundary of Lot 250 where it joins Lot 251 knowing that the applicants’ contended that that part of Lot 251 should be subject to an easement in their favour and that they had understood there would be such an easement when they agreed to buy Lot 251;

(d)the respondents appreciated that the proposed easement had not been registered because of a mistake;

(e)without the easement the applicants cannot enjoy safe vehicular access from Melaleuca Crescent to their land and, in particular, from their land to the street;  and

(f)the construction of the fence is the source of considerable danger to motorists effecting egress from both lots by reason of its complete obstruction of view from each property to the other.

‘(1)Where it is reasonably necessary in the interests of effective use in any reasonable manner of any land (the dominant land) that such land … should in respect of any other land (the servient land) have a statutory right of user in respect of that other land, the court may, on the application of the owner of the dominant land subject to this section, impose upon the servient land … an obligation of user … in accordance with that order.

(2)A statutory right of user imposed under subsection (1) may take the form of an easement … and may be declared to be exercisable … in such manner … as may be specified in the order.

(a)it is consistent with the public interest that the dominant land should be used in the manner proposed;  and

(b)the owner of the servient land can be adequately recompensed in money for any loss or disadvantage which the owner may suffer from the imposition of the obligation;  and

(i)the owner of the servient has refused to agree to accept the imposition of such obligation and the owner’s refusal is in all the circumstances unreasonable;  or

(4)An order under this section …

(a)shall, except in special circumstances, include provision for payment by the applicant … of such amount by way of compensation as … appears to the court to be just …’

‘(a)One should not interfere readily with the proprietary rights of an owner of land.

(b)The requirement of “reasonably necessary” does not mean absolute necessity.

(d)Necessary means something more than mere desirability or preferability over alternative means;  it is a question of degree.

(e)The greater the burden of the imposition that is sought the stronger the case needed to justify a finding of reasonable necessity.

(g)Regard must be had to the implications or consequences on the other land of imposing a right of user.’

‘I understand “reasonably necessary or proper” to mean something which, although not absolutely necessary, a reasonable and prudent owner of property, if he were the absolute owner, would do.’